Got a problem with your washing machine? Washing machines can fail for a variety of reasons, from a tripped circuit breaker to a damaged lid switch, faulty electrical controls or an overly worn agitator.

The circuit breaker has tripped

If your washing machine doesn’t work at all or provides no electronic response, it could be the result of a tripped circuit breaker or blown fuse.

To check this, open your home’s circuit panel and check that the switches for your laundry room are in the correct position. If the switch is in the “off” position, flick it back to the “on” position and try using your washing machine again.

The power cord is damaged

Sometimes, a broken washing machine can be caused by something as simple as a frayed or broken power cord.

If your washing machine doesn’t function, check that the power cord is completely intact. Look for areas where the cord might have become frayed or damaged, such as kinks in the cord due to it bending at a sharp angle.

It only takes a small amount of damage to affect a power cord, meaning even a small bend can be enough to prevent your washing machine from working properly. Most of the time, replacing a damaged or broken power cord is a cheap, simple repair for a home appliance specialist.

The lid switch is broken

Top loading washing machines usually have a lid switch — a simple sensor that detects when the lid is open and when it’s closed. If this switch is broken, your washing machine might not function properly, particularly during a spin cycle.

Lid switches are designed to protect both you and your machine while it’s running by stopping the spin cycle if the lid opens. If the switch is broken, your washing machine could mistakenly think that the lid is open, even if it’s securely closed.

Just like replacing a faulty power cord, fixing a broken lid switch is a simple repair that most home appliance specialists can complete in just a few minutes.

The agitator is broken

Located in the centre of your washing machine, the agitator is a large component that spins, pushes and moves your clothing around in a specific cycle, helping to clean the clothing and remove germs, stains and other substances.

Washing machines with agitators are by far the most popular on the market, making agitator issues remarkably common.

The agitator is connected to an internal motor. Over time, the connection that transfers motion from the motor to the agitator can become worn, resulting in a washing machine that doesn’t clean clothing as effectively as it should.

Like the lid switch, power cord and other common points of failure on home washing machines, a broken agitator is a fairly straightforward fix for an experienced appliance repair specialist. 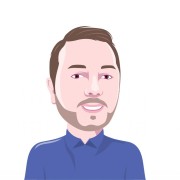